The argument here rests upon middle deltoid inhibition that would occur at lower abduction angles. Upon reviewing more literature, this only appears to occur if the rotator cuff is injured. I no longer think this is the issue.

It does seem that the side lying lateral raise would be best, due to maximizing both active and passive tension, as long as the rotator cuff is healthy.

The issue though is that the deltoid has an ideal internal moment arm relative to other muscles involved at higher abduction angles. This means it performs more work needed for stimulation. The perfect balance of all these factors may be an incline lateral raise at a shallow angle, perhaps 15°. 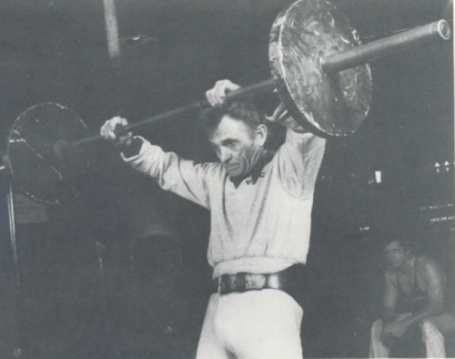 When studying the anatomy of the middle deltoid, the muscle head responsible for wide shoulders, the best exercise seems to be a side lying lateral raise, not a typical lateral raise or an upright row.

With the arm at the side, the lateral deltoid generates the most active tension, the form of tension occurring when a muscle contracts, since it works at resting length.

This would also allow you to get a deeper stretch for passive tension, since the arm can adduct without the body getting in the way, increasing muscle growth via the extracellular matrix (ECM), collagen, and additional sarcomeres in-series.

Unfortunately, the biomechanics of the shoulder is complicated.

At lower glenohumeral abduction angles, the rotator cuff muscles including the subscapularis, infraspinatus, and teres minor work hard to prevent the deltoid from directing its force upward since it lies parallel to the humerus.

This force couple at the shoulder has the deltoid pulling upward and the rotator cuff muscles pulling downward. This allows a rotatory component, with the supraspinatus and deltoid pulling the humerus outward instead.

The supraspinatus works with the deltoid. It is more active at lower abduction angles for compression of the humeral head into the glenoid socket and due to more constant moment arm versus the deltoid.

At lower abduction angles, the middle deltoid may be inhibited despite these mechanisms. The strength and size of the deltoid far exceeds the rotator cuff complex. This means the side lying lateral raise could fail to work the deltoid well.

Within the context of bodybuilding, this makes sense as nearly all trainees focus on upright rows or more often lateral raises in standing and seated positions.

In the past, some classic bodybuilders experimented with incline lateral raises and other positions. This practice never stuck. Modern bodybuilders have not strayed from these basic exercises but perhaps the overstretch is not very important for this muscle group.

Ideally we want an exercise that loads the deltoid at higher abduction angles, yet without shortening the muscle too greatly.

We know a short muscle produces less tension for stimulating growth, since the components for contraction overlap with each other instead of maintaining an optimal length.

We also want to train the muscle at long muscle lengths to increase passive tension.

The solution is the upright row.

The internally-rotated position orients the fibers of the middle deltoid and supraspinatus to stretch out at the bottom more easily than a lateral raise, by extending the shoulder.

In the rehab literature, we also know the full-can exercise produces less deltoid activity, similar to how the overhead press position mostly works the anterior or front deltoid.

The empty can exercise works the middle deltoid more so, likely due to proper fiber orientation, similar to an upright row. More practically, this explains why trainees are taught to tilt the front bell forward on lateral raises, perhaps gripping it toward the rear bell.

The barbell upright row also hits quite a few muscles. The brachioradialis stretches out and works along with the brachialis. The gripping muscles, the external rotators, the serratus anterior, upper and lower traps to a lesser degree, and more.

Here are some tips to optimize the movement:

This upright row described here looks similar to an exercise Vince Gironda promoted called the high pull, though I suggest keeping the barbell closer to your body and leaning back instead of hunching forward. Nonetheless, it involves a greater range of motion than conventional upright rows. He described these sorts of exercises as even better than lateral raises for broadening the shoulders.

Though Olympic lifters are known for wide shoulders, Vince brings up an excellent point that this is not likely due to overhead pressing as much as from the cleaning motion in their lifts, which involves shoulder abduction.

Give the wide-grip barbell upright row a try. Remember to strive for a stretch at the bottom. You’ll find it builds wide shoulders nearly as well as any exercise available, plus hitting quite a few other muscles intensely.

By subscribing, you’ll receive an email with blog updates no more than once weekly. (Click or touch away to dismiss.)