The musculoskeletal system has at least 640 skeletal muscles, 206 bones, and 200 joints with most of the intricacies in the upper body. You may think this demands many exercises to address them all. Fortunately, all the major upper body muscle groups work on just a couple movements. 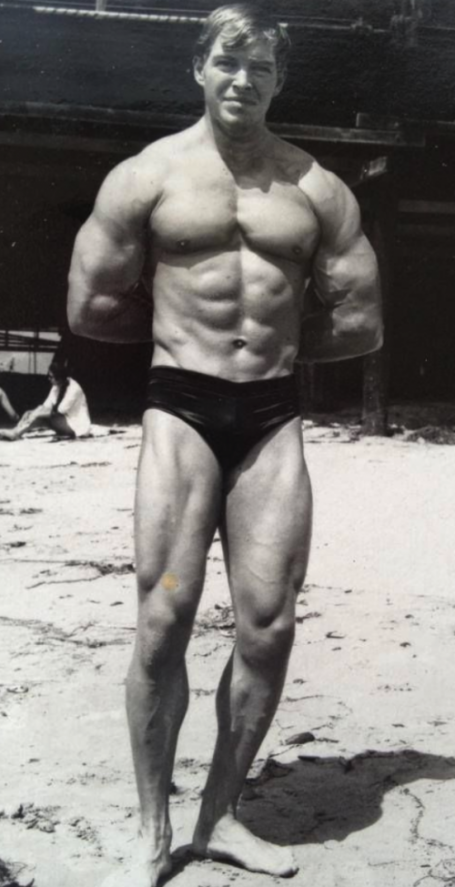 We will focus on the upper body muscles without discussing the joints. They show how the body functions as a unit and not as bits and pieces, giving evidence in favor of compound over isolation exercises. We will focus on insights versus an in-depth knowledge.

Muscles get their names in several ways. These include structure, shape, function, location, bony attachments, size, and other qualities. These can help you remember where they are and how they work.

The neck co-contracts with the trunk. This occurs when the core muscles stabilize. Specific training for the neck seems unnecessary and may harm the cervical spine.

Function: This depresses the scapula and elevates certain ribs but mainly works during forced inspiration.

Comments: Some experts suggest heavy shoulder depression exercises like upright dips to work this muscle, ignoring that it developed to deal with unloaded movements.

Function: A small muscle that stabilizes the clavicle and assists with scapular depression.

Comments: The same comments for the pectoralis minor apply here.

Function: This stabilizes the shoulder by preventing the scapula from pressing back against the thoracic wall when using the arms. This complements the action of the rhomboids that press forward on the wall. It also performs abduction and upward rotation of the scapula.

Comments: This muscle serves as a stabilizer, working with the rhomboids.

Comments: Although it separates into three parts, they come together during any pulling movement. The upper and lower parts also work as a pair to stabilize the shoulder.

Function: These adduct the scapula and rotate it inward while also elevating and downwardly rotating the scapula.

Comments: The rhomboids work with the trapezius as stabilizers and also with its partner, the serratus anterior.

The next four muscles form the rotator cuff. These are deep and small muscles in the shoulder. The internal rotators act strongly in comparison to the external rotators, since larger muscle groups outside of the cuff can assist in this action as well. Trainers and therapists often work the external rotators through external rotation movements. This attempts to balance an inevitable difference. The anatomy shows them to function purely as stabilizers and rotations with a load may harm the shoulders.

Function: This abducts and rotates the arm outward.

Function: These adduct and rotate the arm outward (external rotation).

Function: This performs flexion and adduction of glenohumeral joint.

Function: This is abbreviated as the pecs and known as the chest. Both portions perform horizontal shoulder flexion. The clavicular (upper) portion can act separately to perform shoulder flexion. The sternal portion can perform shoulder extension, adduction, and internal rotation, which include some of the main functions of the lats in the upper back. It cannot contribute to shoulder hyperextension. This involves flexing or extending the shoulder with the elbows flared.

Comments: Each portion works together on a horizontal push. Since the chest also functions to assist the lats while pulling, this lends evidence to limiting the range of motion for pulling movements.

Function: This is abbreviated as the lats. During discussions of the upper back muscles in a general sense, it usually refers to them. It performs shoulder extension, adduction, and internal rotation. It also performs scapular depression and elevation of the pelvis. It also cannot contribute to shoulder hyperextension or function strongly in pure transverse motion. This involves flexing or extending the shoulder with the elbows flared.

Comments: The same comments for the pecs apply here, although replacing the bench press with the underhand dumbbell row.

Function: This adducts the arm and rotates it inward. It assists in shoulder extension. It functions with the lats.

The lats and other pulling muscles can assist with elbow flexion. This occurs as abducting the shoulder flexes the elbow slightly. This synergy is only possible through a multi-joint motion like a row and not a curl.

Function: This is often abbreviated as the bis. This two-headed muscle flexes the elbow and supinates the wrist. It also weakly flexes the shoulder.

Comments: This small muscle along with the brachioradialis dominate to flex the elbow when the biceps brachii cannot activate intensely. This occurs when flexing the elbow with an overhand position. Some therefore vary hand position to hit all of the muscles intensely. They ignore that the pronated grip for pulling movements can stress the wrist and elbow. All the elbow flexors receive work on an underhand pull if you work hard enough.

Function: This muscle bends or flexes the elbow, and can pronate or supinate the wrist.

Comments: This functions as an emergency muscle.

Function: These all work together to supinate the forearm.

The pecs and other pulling muscles can assist with elbow extension. This occurs as adducting the shoulder extends the elbow slightly. This synergy is only possible through a multi-joint motion like a bench press and not a triceps extension.

Function: This is often abbreviated as the tris. It extends the elbow. The long head also performs shoulder extension weakly.

Comments: Grip seems to have little or no effect on the triceps brachii. Some bodybuilders use underhand grips to isolate different heads of the triceps. This places unnecessary stress in the wrist and elbow while weakening the grip.

Function: These muscles function to pronate the forearm and the pronator teres can also flex the elbow.

The wrist will attempt to slightly extend when closing the hand to maintain a favorable length-tension relationship. The muscles attached to it can perform flexion, extension, abduction, adduction, pronation, and supination of the hand and wrist. The hand alternates between positions of great mobility and stability. Although movement is possible in all directions, these actions should occur unloaded. Avoid specific grip training. It remains most stable when grasping an object, which occurs during any pulling exercise.

Muscles adapted for loaded versus unloaded actions. Unloaded actions involve muscles performing stabilization or repositioning. Loading these actions with weight may harm the joints and work the muscles poorly.

Some muscles, such as stabilizers, consistently perform the same muscle role.

Most muscles have several anatomic actions. They come together to assist in one major movement though. They develop synergy for these multi-joint motions, making the whole greater than the sum of its parts.

Muscles may perform more than several functions. They usually function weakly beyond their main roles though. Some may increase their activity to compensate only for other muscles getting placed in awkward and weak positions, which can harm the joints as well.

Muscles have an ideal position to exert the most force.

By subscribing, you’ll receive an email with blog updates no more than once weekly. (Click or touch away to dismiss.)