The Limitations of EMG for Bodybuilding 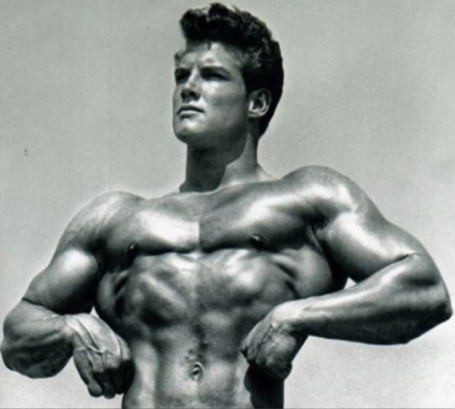 EMG shows when a muscle fires but tells nothing about the muscle growth stimulus. Avoid relying upon it to determine the best exercises.

Electromyography (EMG) measures the electrical activity from motor units. A motor unit is a single motor neuron, controlled by the nervous system, along with the muscle fibers innervated by it. EMG charts these electrical signals, often from surface electrodes placed above the muscles.

Some bodybuilders, especially those interested in the science, will use EMG results to choose the best exercises for each muscle group. EMG, in this context, is misleading.

While EMG does provide insights for bodybuilding purposes, it has limitations that prevent it from revealing the best exercises.

EMG does not provide an accurate measurement of muscle force.

EMG only monitors motor unit activity within a muscle. While this does show the nervous system’s attempt to produce more force, it can still occur under suboptimal conditions for muscle growth.

When a muscle shortens, it produces less tension, so less growth stimulation, yet requires more motor units to activate. This explains why an EMG amplitude increases on the lateral raise, even as the deltoid progressively shortens.

If the chart reads an increase in EMG activity, this could also be due to active motor units increasing their firing rates. These can occur while overall muscle force is decreasing.

EMG also works best without movement and fatigue. This is impractical, as these factors are required to best stimulate muscle growth.

EMG with surface electrodes may not pick up much activity from the deeper, slow-twitch muscle fibers.

Electrode placement is also not standardized. Cross-interference or noise from other muscles can interfere with the purity of the signal. This makes it difficult to contrast and compare different lab results, beyond the issues with muscle force.

The brachioradialis, an elbow flexor within the forearm, is held in reserve unless the exercise is intense enough. It is inhibited in both overhand and underhand wrist positions on the curl. This is to prevent supination or pronation of the wrist when it needs to be fixed instead.

The brachioradialis therefore works best with a neutral grip.

EMG will rate the signal from the brachioradialis as higher for an overhand grip versus a neutral grip though, since the biceps is involved less overhand since it wraps around the ulna of the forearm. This is all despite the neutral or hammer grip working best.

This explains why certain exercises like concentration curls generate a high EMG for the biceps. The long outer head of the biceps is actually in a shortened, weaker state so needs to recruit additional motor units.

For another example, the rear deltoid activates intensely with hyperextension of the shoulder, since the lats lack the proper line of pull to assist. This increase in EMG is because fewer muscles are contributing, not because the rear deltoid is working from an optimal position.

Hyperextension is actually a shortened and weakened state for the rear deltoids. They are better worked with cross-body rear lateral raises and other exercises with more of a stretch via transverse abduction and extension. This means pulling toward your body from the front.

I suspect this also tells why the decline press often seems ideal for the sternal portion of the chest via EMG, despite the lack of a good stretch versus flat work.

This also explains why different muscle heads may not register much of a difference in EMG, with slight differences in length, and therefore growth stimulus due to tension differences, depending on positioning. Just because EMG doesn’t pick up differences between the vastus medialis and vastus lateralis on various exercises doesn’t mean their lengths aren’t changing and thus receiving different growth stimuli.

Despite its limitations, EMG has made clear some useful principles.

The reasons for higher force development on negatives are still being elucidated. It may be due in part to titin, a large molecular protein that allows for active stretching, perhaps somehow enhancing the actin-myosin cross-bridges that form tension when lowering a weight.

EMG has also been helpful in showing how compartments arise even with a single muscle. Known as regional activation, stimulating muscle growth may be more complex than just choosing exercises based on a muscle’s origin and insertion. The lines of pull for individual fibers differ at various points throughout a range of motion.

How much of a difference regional activation makes for bodybuilding remains to be determined. I suspect it may be too specific, almost like how relativity or string theory is unnecessarily complex versus Newtonian or classical mechanics for the physics involving large objects.

For example, the upper trapezius gets involved more so the higher you elevate the arms on lateral raises. You may want to restrict this to accentuate the illusion of upper body width, avoiding overdevelopment of the upper traps.

The Limitations of EMG for Bodybuilding

Everything should be made as simple as possible, but not simpler.

There is a trend today toward reductionism in exercise science, a mistake I succumbed to in the past as well. Many are avoiding reality because it looks messy. The best way to manage truth for anything, in my view, is to set specific goals to best filter complexity, not make things simpler than they really are.

EMG can mislead you as the only source for exercise selection in bodybuilding. The best exercises generate both high passive and active tension in the muscles we target, by overloading the stretched and middle positions.

It is more important to understand muscle anatomy in choosing the best exercises. EMG could be helpful to understand how other muscles contribute to a movement. Gain insights from EMG, but don’t focus on it alone.