As recent studies look more specifically at the nature of muscle hypertrophy, there may be a modest increase in glycogen/water storage and energetic components that occurs with additional training volume. However, this is likely just a temporary response, prior to myofibrillar hypertrophy, coinciding with inflammation. 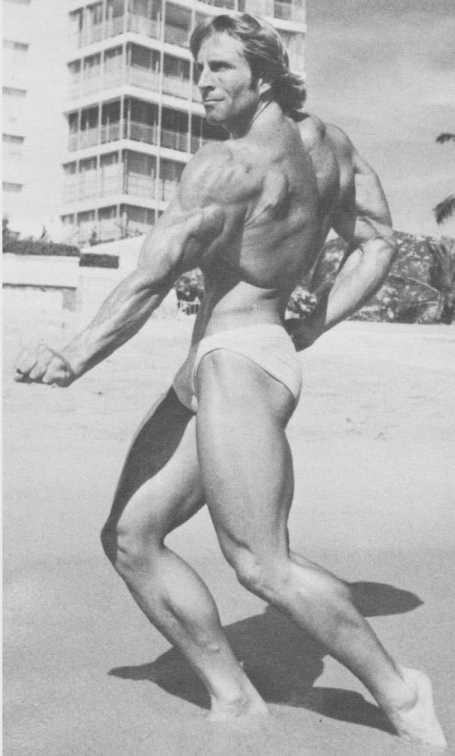 There is no difference between sarcoplasmic and myofibrillar hypertrophy.

The rate that each develops can vary between people though. Skills in strength training and genetic factors complicate the issue too. This has led to some questionable conclusions. Despite the popularity of the idea, no science emerges to support a distinction.

This theory attempts to explain why bodybuilders look different than other athletes. It separates bodybuilding from strength or power training. You have to train differently to optimize each goal. This remains speculative at best.

The theory draws upon Russian sources that tend to overcomplicate training. No research appears to back up the difference. Mel Siff’s Supertraining and Vladimir Zatsiorsky’s Science and Practice of Strength Training are two famous books that mention it. Many citations you see draw upon these alone. Proponents then cross-reference each other over and over again until it seems true.

Myofibrillar hypertrophy is the growth of muscle contractile parts. Larger fibers would increase force which means more strength and speed, so many call this form of growth the most functional.

Most athletes should train in this style or suffer the consequences according to the theory.

Sarcoplasmic hypertrophy is the growth of plasma, organelles, and non-contractile proteins. This may come from a demand for more glycogen and ATP. The muscles need to last longer with less of a need for maximum strength and speed in briefer periods. This would add to muscle volume, but not grow the fibers themselves for peak force as greatly.

This would add less functional mass. It would reduce relative strength by adding less useful bodyweight. The training methods would fail to match the short bursts required for many sports.

Bodybuilders would alone seem to benefit from this form of training. Hardcore lifters and athletes may ridicule this approach as superficial. You would look great but perform less well.

Authorities claim some overlap, stating that a middle ground exists and thus focusing on one style provides some crossover with the other. I feel a better explanation exists. Consider that bodybuilders and powerlifters differ based on their genes and other factors instead.

Athletes undergo a self-selection process, gravitating toward what they do best. They then mostly adopt methods of whatever group they join. Should they thrive, we can assume they had the innate traits suited for their sport. Competition weeds out those without the right genetic base. This does not prevent the elite from overemphasizing their actions leading to success. Certainly the best work tremendously hard, yet we know that their seed had potential to grow. We wouldn’t expect a simple blade of grass to become taller than a mighty oak tree.

Both bodybuilding and powerlifting build size and strength. Physiology establishes that a larger muscle always produces more force. Muscle can produce a maximum contractile force between 2.5-3.5 kg per cm² of a cross-section. The studies show no difference between the proposed types of growth. Whichever program works best for overall progress would lead to larger muscles with a mixed composition. The ratio would develop according to genetics.The rate of each differs from trainee to trainee.

Non-contractile elements do not cause a noticeable size increase. They either grow alongside myofibrillar hypertrophy or improve more so with longer durations than even bodybuilding. Think a middle distance event such as the 400 m for track & field. Sarcoplasmic hypertrophy can’t make the difference in size many believe.

This explains why interval training does not lead to great muscle size. Sarcoplasmic hypertrophy would increase with muscular endurance. Endurance does not contribute to size much. Endurance and strength are very different. Only strength training can lead to much larger muscles.

Bodybuilders need more muscle due to poorer leverages versus natural strength athletes. They gain less mass per unit of strength. The body operates efficiently and only builds what it needs. Their bodies compensate by adding more muscle to handle heavier weights.

The greatest in their sport have long muscle bellies. These bellies give more room for growth. The extra space allows them to grow both bigger and stronger. Those with attachments further away from the joints will have less potential.

Any decent bodybuilder has great strength and quite a few have powerlifting and athletic backgrounds. Many would succeed in sports requiring speed and strength if they learned the necessary skills. Instead, they stick with what they enjoy and do best.

Strength and speed depend on neural and mechanical factors beyond size. The most powerful can activate more muscle fibers at once. Their training also develops the skills needed to lift very heavy weights or apply bursts of speed versus those without experience.

Big athletes that diet down can look ripped and muscular. Smaller athletes just never needed to grow big in the first place. They get enough out of the muscle they have and may benefit from relative strength so they eat less.

Look at any top Olympic weightlifters in the lower weight classes and you will see impressive muscles comparable to all but the highest level bodybuilders.

Many fear training for the wrong goal, so they may use an approach that works poorly. Trainees should instead focus on the best ways, for them, to grow strong with the basic exercises. This changes based on experience.

Beginners tend to do better with more reps. Lower reps may work better for the advanced. As low as 1 and as high as 30 reps can both work for anyone though. Most trainees should begin with a more moderate range of 8-15 reps. These rep ranges assume you move at a natural speed since it is the duration that matters. Once you establish your range, add weight as often as possible in good form.

A series of trade-offs take place for both too high and too low, so experiment and find what works for you. This choice depends on energy systems, preferences, and practical issues.

Much greater than 30 reps bring about limiting factors that compete with size and strength. Too much lactic acid interferes with tension due to the environment it creates. You also may quit due to feeling out-of-breath. Mostly everyone should stay below this number.

You will discover your own relationship between weight and reps. You will eventually predict how much weight you could use for 3 reps based on your 12 rep max as an example. This logic has held firmly, for example, with the NFL scouting combine, with the number of reps performed at 225 lb. on the bench press correlating strongly with the maximum bench press. If you believed in the different forms of hypertrophy then how could this occur reliably? One rep max percentage charts out there can guess the weights-to-reps ratio somewhat closely and even more accurately if you use your own coefficient.

Bodybuilding styles may at first lead to the impression of more muscle due to increased blood flow that occurs transiently. Do not confuse this for real growth.

Both size and strength will develop as you go up in weights. Strength will improve first as the body optimizes what it has already. Athletes would stay safer if they just practiced their sport fast instead of lifting that way.

The training world today makes everything seem complex. Keep things simple. Train to grow stronger. You will eventually get bigger. Lose fat to show your muscle. Use whatever program allows you to improve best.