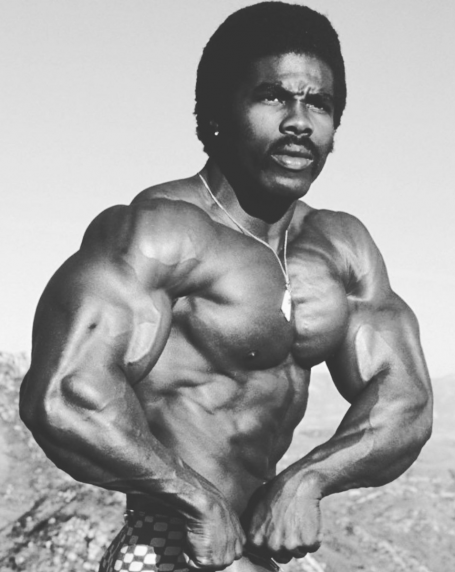 This brings about different sensations, failing either due to…

Heavy/light training has been intuitively followed by many champion bodybuilders. Even strength athletes adhered to this system historically through linear periodization. Though implemented in many ways, some methods include…

Classic bodybuilders such as Robby Robinson, Frank Zane, Tom Platz, Arnold Schwarzenegger, and Steve Reeves all incorporated both heavier and lighter training during their careers.

We don’t know for certain why heavy/light training works, but the research does support periodization for better results. Anecdotally, bodybuilders have strove for both moving heavy weights and achieving the pump and burn. Modern research may confirm that sarcoplasmic hypertrophy is possible with higher reps and overall volume.

No matter how the interplay works out in the end, both lower and higher reps together appear to optimize muscle growth.

Low reps, usually defined as any number of fairly continuous reps per set below 10 and also associated with longer rest periods, may have these qualities:

High reps, usually defined as any fairly continuous number of reps per set above 10 and also associated with shorter rest periods, may have these qualities:

Despite the differences between heavy and light training, bodybuilders tend not to deviate much away from moderate reps when pursuing this strategy, so not below 6 reps or above 20 reps most of time.

Moderate reps also should help practically by improving the mind-muscle connection, since the heavy weight that recruits more muscles nor the intense burning sensations can distract from the focus on the target muscles.

Perhaps both low and high reps achieve the same essential goal, which is high-threshold motor unit recruitment and slow speeds as you approach failure to achieve high mechanical tension, albeit in different fashion. Training to failure seems to bring similar results for both forms of training.

This could allow you to accumulate fatigue through different means yet achieve the same end result, possibly helping to improve recovery and prevent burnout.

It also could be that there is no unique forms of growth, but lactate or blood flow from higher reps synergizes with low reps to promote more hypertrophy.

Mediocristan is safe and comfortable, in that the collective is mediocre yet individuals aggregate toward the average, like providing a service to make a living.

Extremistan has both extreme positives and negatives, like the unpredictable success of startups. This also includes the huge failures you rarely hear about in the news.

With investing as an example, a good strategy may be to keep the safety of Mediocristan, by investing in treasury bills or index funds with most of your wealth, while taking calculated risks in Extremistan through speculative bets that may pay big.

For bodybuilding, we know that sets of 6-12 reps efficiently allow full motor unit recruitment. This involves the Type II fibers most responsible for muscle growth.

Low reps of 3-5 improve the nervous system. This strength may then apply toward moderate rep ranges for more growth. It could also create more tension, as the heavier weight forces a deep stretch, slows down the movement, and has fibers further pulling laterally on one another as they contract.

High reps above 12 will increase the time under tension for Type IIa and Type I fibers with more endurance. This extra fatigue may encourage growth. Even if this isn’t true, increased glycogen storage or other energetic growth in the sarcoplasm may lead to fuller, more impressive muscles.

Both low and high reps harm efficiency though, so we wouldn’t want to focus our efforts either direction.

Even if enough full motor unit recruitment with high enough tension is most important, which can be reached within a vast rep range, the different processes to get there from heavy vs. light training may improve tolerability.

Using Nassim Taleb’s distinction, we could stay safe by keeping most of our efforts in the 6-12 rep range, yet experiment above and below, perhaps no more than one session every four workouts, for even better results.

As mentioned, it is only fair to say that we don’t know for sure if this concept is true.

The evidence though, as it stands right now, seems to favor both heavy and light training to optimize muscle growth. Many within bodybuilding and athletic circles have noticed a different appearance depending on how the trainee manipulates the variables for their routine. There also seems little to lose by varying the numbers of reps within a mostly moderate rep range.

Beyond the assumed benefits, variety keeps things interesting, and variety itself has overwhelming support to maximize bodybuilding results.

My guess is that for pure muscle size, work through both the ATP-PC and low-end of the glycolytic energy systems helps. Myofibrillar hypertrophy dominates with low-to-moderate rep ranges and going higher brings more sarcoplasmic hypertrophy and perhaps mitochondria and other energetic growth that comes about by flirting with endurance.

This also makes it clear why specialization is important. Sarcoplasmic hypertrophy, in theory, would be non-functional for many sports. As bodybuilders though, we ignore any effect on athletic performance since this has nothing to do with our goals.

Once again, you can act on heavy/light training through…

Do we need to fully understand every detail to act on sound information? Even as our knowledge expands, we can make an informed decision on proper bodybuilding training. Heavy/light training looks to be the most promising way to approach it.