How to Get Bigger Shoulders

Your muscles work best at the mid-range of any normal motion. They form more connections here due to the best overlap. At the endpoints, the sites that allow connections get bunched up or too far away from each other. This means that though you may feel stronger or weaker at the endpoints due to leverage, these always allow less tension. Tension is the main stimulus for size and strength. 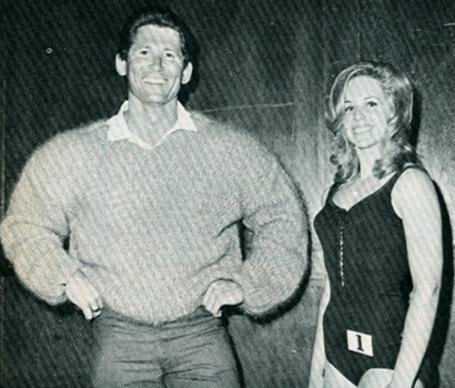 The peak muscle torque of the shoulder can occur with the arm at 45° to the body with the elbows and shoulders lined up horizontally. You reach this a position exactly at the midpoint of a medium grip width bench press with the elbows neither flared or tucked. The chest and triceps also work at their strongest lengths here. This also applies to a row or pull-up while leaning back that places the arms in the same position, just with shoulder extension instead of flexion.

Overhead pressing and any sort of raise work the deltoids through too much range of motion. They fail to uniquely work the middle deltoid. The other muscles involved, such as the triceps and traps, also work in weaker positions. More importantly, these risk your safety.

Anything that creates tension can build muscle. All the traditional exercises used to work the shoulder will work. Add weight over time, and they will grow larger and stronger. Do they work safely or effectively though? NO. A shoulder’s mobility exists to reposition your arm, NOT to overload with heavy weights.

The shoulder, when not contributing to a major push or pull, works as a stabilizer. We know this since it can work laterally, and preventing lateral movement serves as a major role of big stabilizers. The reason for its large size comes from the long distance between the shoulder and the hand. This long lever makes even the lightest weight feel heavy when held away from the body. This shows why even 15 pounds can feel difficult and cause pain during a lateral raise.

Raises and overhead presses cause impingement. When raising the arm, the humeral head drives into the acromion. This pinches the rotator cuff. The rotator cuff is a group of small muscles and tendons that hold the shoulder in place. Some trainees have more space which lessens the effect, but everyone will feel it. The rotator cuff muscles try to prevent this, but work at a very weak position overhead.

Other exercises meant to prevent injury, such as external and internal rotations along with pull-aparts, can do more harm than good. Rotations involve too much range of motion for small stabilizing muscles. They get enough work when you push and pull. Band or cable rope pull-aparts involve transverse extension, which forces the shoulder to track unnaturally and disables other larger muscle groups for support. These exercises may have rare but still debatable uses in therapy. You should avoid them.

Avoid Olympic weightlifting at all costs. These exercises certainly work the shoulders, but the heavy weights lifted explosively, along with the likelihood of poor form, can end your training forever. Much safer options exist, and these only hold value for Olympic athletes. Athletes can develop power through their sport without lifting weights stupidly.

Bodyweight training has gained a mystique as superior to basic free weight choices. Many rely on awkward positions or have difficulty to load with weight. Handstand push-ups, for example, carry the same risks as overhead pressing, along with other issues.

Farmer’s walks, hand walking (in a regular push-up position), and other unusual exercises can work the shoulders well as long as you keep the arms in a comfortable position. These seem hardly necessary though, but may provide some variety as conditioning options foremost for the right trainee.

You need balanced muscles to safeguard your shoulder from front to back, yet this already occurs with a simple push and pull. You should pick the medium positions for stances and grips. Avoid going too widely or narrowly. This will involve the greatest amount of muscle and protect your joints.

The basic problem with the bodybuilding mindset comes from doing too much, too often. Isolation exercises inherently involve bad mechanics, but once you tread down the path of isolation addiction, you add countless exercises to no avail. You feel the need to be thorough, blitzing and bombing the shoulders far beyond the stimulus required to grow. You overtrain and get hurt, limiting your progress in all but the earliest and best of circumstances, such as when beginning, taking steroids, or getting lucky with your genetic makeup.

Avoid any exercise that directly works the shoulders. Instead, eat enough, rest enough, and get as strong as possible at the basic exercises. Build bigger shoulders by challenging yet respecting your body. Focus on exercises such as a bench press or pull-up, and ignore overhead pressing. Use proper form, and watch as your shoulders grow.