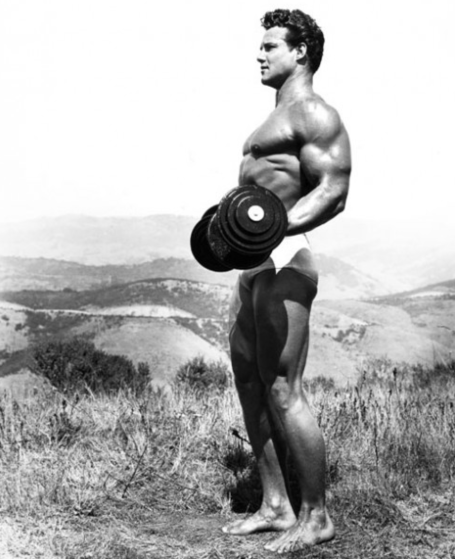 This rather technical question can be made simpler by giving some examples.

Do the biceps and the latissimus dorsi work hard enough on the row? How about the long head of the triceps? What about the rectus femoris, most heads of the hamstrings, and the gastrocnemius on the squat?

Another closely-tied question arises. Do we need curls, extensions, and other isolation exercises that work those muscles more directly, and having them shorten and lengthen, to best train them?

Compound exercises, chosen and performed correctly, are more natural and much safer for your body. This is not in doubt.

Results do come into question though. We want larger, stronger, and more capable muscles all throughout the body, including the smaller ones. We should never ignore the truth just to remain consistent, so this requires analysis.

Biarticulate muscles attach to more than one joint, having some unique properties as a result. After analyzing these, we will address how to optimize their work on compound exercises, concluding with a verdict.

Albert Einstein’s general and special relativity theories were so profound in part because they seem to contradict reality. Our brains, evolving in a world that seems very different, struggle to view things as they really are.

Two observers can disagree on the timing of an event yet both be right. Those in a spaceship moving faster and further away from gravity will age more slowly relative to those that remain on our planet. Particles can affect each other seemingly at a distance. These are just some of the bizarre conclusions supported by physics today that began with Einstein’s brilliance.

If we had to place bets on either compound or isolation exercises for arm development, it would be sensible to favor curls and extensions over pushes and pulls. As strange as it may seem though, in the long run and all things considered, compound exercises should prevail.

Fortunately, the stakes here are not so great. You can conduct your own personal experiments and consider using both. Like Einstein, keep an open mind, knowing that…

A foolish consistency is the hobgoblin of little minds.

Think of reaching high to place an object on a shelf or kicking a ball. Respectively, the biceps allows for both shoulder and elbow flexion, and the rectus femoris allows for both hip flexion and leg extension. These are unusual movements in general though.

The ability for a biarticular muscle to perform two joint functions at once seems to allow for greater control. It is also more efficient than having multiple single-joint muscles function at each joint.

This is not relevant to our issue but reveals some interesting facts. It shows yet again how our bodies operate as units, not as bits and pieces. Notice how these motions would involve little resistance when they would occur in ordinary life.

As you pull on something, the biceps in effect shorten due to elbow flexion and lengthen due to shoulder extension. This means it does not change length very much. This concept applies to all biarticular muscles on multi-joint exercises.

Because of this, you will feel it more in the single-joint muscles. While the biceps certainly tense up when pulling, you will not feel it as much there. You will actually feel it more so in the brachialis that rests below the biceps, often confused with the lower part of the larger muscle.

This has major consequences:

On an isolation exercise, such as a curl, the biceps changes length as it shortens and elongates, spending less time near the optimal length for tension.

Unfortunately, this may have the muscle work less intensely since the contraction is more efficient. Biarticulate muscles may just serve as stabilizers, with the unchanging length allowing their force output to be constant.

This includes greater micro-tearing, more tension that occurs on the negative, and metabolic stress associated with the burn. These may all lead to an ideal environment for muscle growth.

Though not related to changing length, this is still important to mention here. This effect occurs due to the body’s desire to conserve energy.

This means you tend to feel it in the chest on the bench press, the glutes on the squat, and the trapezius on the rows. These also happen to be single-joint muscles.

By providing direct work through isolation, you may ensure that a larger muscle does not take over the brunt of the work from the smaller ones.

Despite gym lore, the arms would never limit the upper back muscles on a pull-up. The fear instead would actually be that they are under-stimulated.

Since biarticulate muscles can shorten and lengthen over two joints, they reach a limit through either too much shortening or excessive lengthening. In or near these positions, they generate poor tension.

Bad exercises like the hip thrust and the seated heel raise place muscles into these weak positions. On these exercises, we prepare them to bunch and cramp up. Your body never evolved to move in these ways.

Bodybuilders and athletes may include exercises that allow for insufficiencies so as to focus on specific muscles. Even if the whole muscle still contracts on all exercises that work it, they may argue that certain parts are emphasized. Some EMG studies seem to confirm this as true. Is a slight difference worth harming the body and reducing tension though?

Muscle shape is almost entirely attributable to your genes. Disabling muscles is also not a sound strategy. By choosing normal movements, we can involve all the muscles sufficiently, including the small ones.

Biarticular muscles facilitate the transfer of force across joints, such as the gastrocnemius assisting the quadriceps for leg extension and vice versa for plantarflexion. This only occurs on compound exercises.

Nonetheless, especially for smaller muscles, this may show that these muscles do not necessarily perform the more aggressive roles that we hope they would on compound exercises. The body may use them to merely transfer force from the large uniarticular muscles.

Biarticular muscles exert more force on their furthest joints but always act at both ends.

These dominant functions correspond perfectly with pushing, pulling, and squatting.

This means the muscle can contract harder and harder, contributing force at the dominant joint while being easily overcome by other muscles at the other.

This gives us a piece of evidence that seems to save us from the other issues but may demand the right conditions.

Take these steps to effectively use biarticular muscles on compound exercises.

Make a fist tightly. Notice how as you contract harder, more muscles get involved. While some choose to facilitate this process unnaturally, hard work pulls in more muscles precisely as needed. The biarticular muscles will contract harder and harder to contribute force at the dominant function, but only when the body senses a genuine need.

You also need a minimum load, one that does not cause too much unrelated fatigue before enough muscle has been recruited. This ensures that sufficient tension develops. Anything below a minute or so for a set should work fine.

Working hard recruits the fast-twitch fibers, which are abundant in biarticular muscles. Why would these muscles have plenty of those fibers if not used significantly for heavy or fast activities? These sorts of activities always occurred through compound movements in the past.

Use as much muscle as possible. This should occur naturally unless you command your body to do otherwise.

For instance, many bodybuilders will imagine their arms as passive hooks on the row. Instead, pull with all of your might when the reps get tougher, promoting action at the elbow.

Apply this concept to all exercises.

Choose medium positions to optimize the length for all involved muscles.

Range of motion can mislead you. It promotes the burn and delayed onset muscle soreness. This creates the illusion of progress that has nothing to do with using more weight. These are factors almost considered essential by most bodybuilders for growth, but they may just accompany muscle contraction, and often not the type that builds size and strength best.

This is also important because you need to choose exercises that optimize the initial length, since the biarticular muscle will remain there throughout the movement. This means horizontal pushing and pulling for the upper body. Otherwise, you will either be shortened, such as the biceps on a pull-up, or extended, such as the long head of the triceps on an overhead press.

You want to seek balance too, such neither flaring nor tucking the elbows. The elbows should align with the wrists. This both protects the joints and emphasizes tension.

This is specific to each exercise, such as choosing a slightly underhand grip. This prevents the biceps from wrapping around the radius. A pronated or neutral grip limits tension by disabling the muscle.

Leg extensions cause the quads to burn. The arms pump up with curls. The muscles bulge as they shorten during isolation exercises. Even just painting your ceiling will cause your shoulders to ache.

Do these sensations build muscle though? They may deceive you. I believe these factors are not vital like generating enough tension and may even be a distraction.

We know that tension is the main stimulus for more size and strength. This means using more and more weight at the proper muscle lengths.

I would not be surprised if tension can be greater on compound exercises when done right. Notice how taut the biceps feels on a row.

Even in the case that tension may decrease, due to less direct work, perhaps you just need to cross some threshold to trigger growth.

If it turns out that the factors related to direct work and range of motion are important, then this justifies a host of poor exercises. These would be necessary though should you define this as your goal.

You can always try an approach out for yourself, accepting the consequences of your decision. This ultimately seems like the best way to know for sure, considering all of the factors involved.

I suggest trying to make compound exercises alone work. Great advantages will be yours if you persist. You focus all of your energy on the very best exercises. Your joints will feel great through the proper application of forces and co-contractions. You will likely benefit from the indirect effect, concurrent activation potentiation, and so forth.

Our bodies are meant to be used like this to handle heavy weights. Take into account everything and not just a single piece of the puzzle.

Do biarticular muscles work hard enough on compound exercises? I suspect they do, perhaps even best. You need to decide for yourself though.

PrevAnalyzing Fitness Information Effectively
The One Mile Jog Every MorningNext

Get the latest bodybuilding post no more than weekly.