Face pulls may have prehab value for powerlifters and other athletes, but this exercise works the rear deltoids, infraspinatus, and teres minor in shortened states less optimal for generating either active or passive tension.

Bent-over lateral raises, with varying degrees of stretch depending on your body position, would work best for bodybuilding purposes. 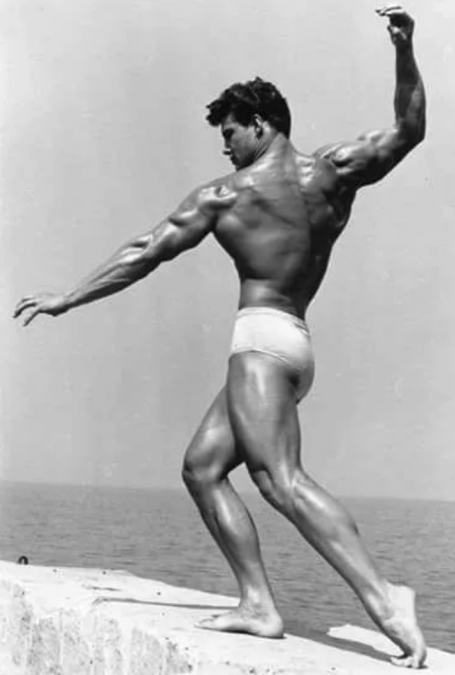 Trainees use the face pull to improve their shoulders. They may wish to balance out the upper back and rear shoulder muscles with the front of the upper body, perhaps hoping to offset damage from pressing.

If you perform the row correctly though, you gain the same benefits, and more, without the risks.

The most popular version uses a rope attachment on a cable machine. You can use various grips, typically neutral or pronated. You set the pulley close to or at chest height, stand upright, and pull to your face.

Despite that experts warn against extremes like flaring your elbows for other exercises, they make an exception here for no good reason. They try to treat dysfunction, perceived or real, with more dysfunction.

Avoid face pulls for these reasons.

Why to Avoid Face Pulls

So when at times the mob is swayed

To carry praise or blame too far,

To stay our minds on and be staid.

You start to enter the zone for this when your hand lines up horizontally with your shoulder. It worsens as the hand goes above it. The face pull then places your shoulder in a position not so different from an overhead press.

Though our shoulders possess mobility, but that does not mean they should approach extreme ranges of motion while holding a weight.

Some of us have a smaller sub-acromial space, or the area where everything pinches together within the shoulder to cause harm when moving overhead. Still, regardless of your genes, moving overhead with a load will harm you, just more or less.

A standard cue for the face pull is to keep the elbows higher than the wrists. This just exacerbates impingement.

You may add other cues, such as pulling the rope apart, to activate the rear shoulders. You may emphasize shrugging to hit the scapular upward rotation muscles.

No matter how you do it though, the face pull risks the health of the shoulders.

The face pull prevents the lats from contributing strongly since the path you pull from is well above the bellies of these muscles.

This should serve as a warning. Your body evolved to handle weight using lots of muscle.

Imagine that you had to pull something as hard as possible to save the life of a loved one. You would not perform a face pull. Instead, you would use a motion like a row.

Think about that scenario more generally. It helps you to realize that we should apply only a few movements for handling heavy weights.

This also places you in positions that keep the joints safe. Many isolation exercises just disable large muscles, such as through insufficiency, reducing strength and safety.

The row works the rhomboids, the whole trapezius, the rear deltoids, the front of the arms, the core, and the external rotators along with many more muscles.

The shoulder stays in its best position when the elbows are neither too flared nor tucked, which the row allows.

The shoulder externally rotates only slightly or not at all, which is a good thing. The external rotators should work to stabilize the shoulder, not to move a load.

Avoid loading muscles not meant for handling weight. You can guess these motions easily by giving it some thought. These occur for instance when raising a leg or adjusting the position of your hand. Loading these will place too much shearing force upon them.

The science of anatomy describes the limit for a range of motion as an end feel. This happens through full external rotation on the face pull, called a hard end feel. This harms the joint since the bones smash together.

Your joints should stay fairly close to the middle range of its possible joint angles, especially with a load. Though lifting weights includes some range of motion, it should deemphasize the extremes.

Trainees have to learn several awkward cues for the face pull. They must do so to limit tendencies to make it more like a row.

Many will start to drop their elbows on the face pull since the body wants to move correctly. Instead of ignoring this, we should recognize our body’s wisdom.

Many argue that the face pull corrects problems from bench pressing.

The bench press itself is not the culprit though. Too much range of motion and the wrong grip width cause any problems.

So long as you use the row along with the bench press, with each done right, the shoulders will stay balanced.

Decreasing the weight for more reps will not help, as the motion remains flawed.

The face pull joins a list of poor yet popular exercises known as prehab, or those meant to prevent injuries. Rehab exercises in general are suspicious since they tend to rely on unnatural movements.

The intention behind the face pull is sound, as you do need to train all of your pulling muscles. The row achieves the same thing safely though and with many more benefits.

The wrong exercises are the real problem. Including most categorized under functional training, these have entered fitness at a great cost; they harm us under the guise of correction.

I caution against viewing the body as bits and pieces. The body operates as a unit.

If you train it as a whole, even with an injury present, the joints will remain safe. You may temporarily perform at a lower level, but the weakness will fade in time.

Use the bench press, the squat, and the row. Add weight to them over time. Learn good form on each and make a cue list if it helps. After this, avoid dwelling on form. Have good posture, which is best trained throughout your daily life. Avoid special exercises.

A row will address all of the muscles, and more, without the shoulder issues.