Relying on intuition will not always serve you in choosing the right exercises for each muscle. Understanding anatomy will help you to select best. Mostly, the key is to ensure the target muscle is stretched enough. 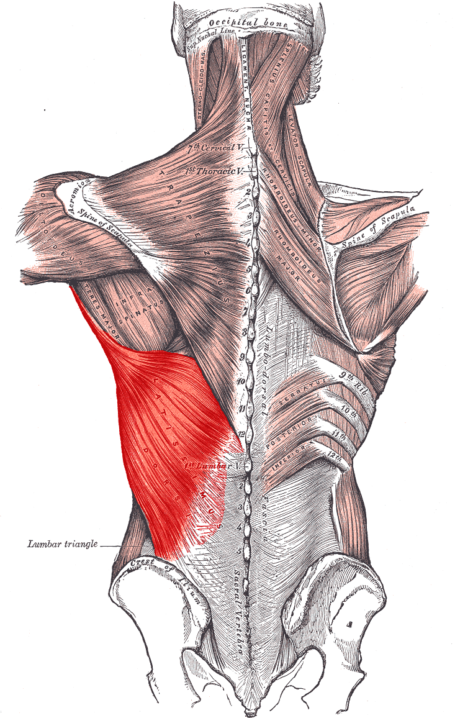 The muscles you may think work on certain exercises are not necessarily so.

Many assume that pull-ups work the lower traps and that overhead presses work the upper traps. They may understand that these are not the target muscles, usually assuming the lats for pull-ups and front deltoids for overhead pressing. Still, they expect them to get addressed.

Two of the motions occurring on these exercises respectively are downward rotation and upward rotation. The primary muscles for these motions are the rhomboids and serratus anterior, not the lower traps and upper traps as would be easy to believe.

The front deltoids shorten maximally on the overhead press for half the movement, reducing their tension which stimulates growth. The lats shorten while the lower back is arched on the pull-up, reducing the tension as well. Therefore, the overhead press actually works best for the serratus anterior and the pull-up for the teres major and rhomboids.

So, two popular exercises emphasize completely different muscles than expected. Anatomy can help us to sort out these possible mistakes. We learn what muscles work on each exercises, along with how intensely they work.

I believe in intuitions and inspirations… I sometimes feel that I am right. I do not know that I am.

No typical compound exercises work well for multi-jointed muscles. This is because the muscles lengthen over on joint and shorten over the other. They function mainly as stabilizers and work to control the lowering phase of an exercise and transfer energy among the segments.

These muscles contract best when the muscle is lengthened over one joint and then moved over another.

Before this seems unimportant, know that some of the most impressive bodybuilding muscles are multiarticular. These include the lats and the biceps. These are all untrained through conventional exercises.

The lower back, when arched on strict rows and pull-ups, pull-downs, or even pull-overs, shortens the lats too greatly. This is the real reason behind why countless trainees struggle to feel their lats. The struggle is real; their lats aren’t contracting intensely enough.

The solution is to bend forward at the spine, elongating the lats. This allows more tension. Just be careful to keep the spine rounded without jerking or heaving the weight during the movement, staying in control.

The biceps are not involved much on rows and pull-ups, since they shorten at the elbow but lengthen at the shoulder. This occurs on all pulling exercises, making them fail to contract much, though other elbow flexors such as the brachialis and brachioradialis do work sufficiently.

The biceps should be trained with elbow flexion, along with stretching at the shoulder, so an incline curl is best.

The long head of the triceps can be stimulated either through elbow extension or shoulder extension. The key is to stretch the muscle at the other joint, so both overhead arm extensions and bent-arm pull-overs can work very well.

The rectus femoris fails to work on typical mass builders like the squat and leg press, which hit the single-joint muscles of the quads, such as the outer and inner portions, but not the middle two-headed rectus femoris, which adds impressive detail.

The solution is to use a leg extension machine or to squat with the hips pushed forward instead of back, lengthening this muscle at the hips, as in the sissy squat. The key is movement at the knee with an extended hip.

Why do modern lying leg curl machines have a bend? They can’t contract at a strong enough length when the hip is overextended. Most machines today have this already, but you should still flex your hips as greatly as possible.

This also explains why stiff-legged dead-lifts works the hamstrings best, with the stretch at the bottom and for a compound exercise.

The gastrocnemius, the prominent two-headed muscle of the leg, has such short fibers that even a slight bend in the knee reduces its tension greatly.

You must straighten the knee when performing heel raises to truly work this muscle.

There is little evidence that the vastus medialis of the quadriceps near the knee can be targeted differently than the vastus lateralis that provides outer sweep to the thigh. Unless these heads can be selectively stretched, then we know one cannot be emphasized over the other.

This logic also applies to the medial head of the triceps near the elbow versus the lateral head on the outside of the arm.

It appears these muscles each work as pairs, with either concurrent movements or through single-joint movement with as much range of motion as possible, such as a deep squat or arm extension.

An overhand grip, while reducing the contribution of the biceps, has the brachioradialis trying to supinate, so is actually inhibited in this position too. It only seems to work more intensely since the biceps cannot help much.

Fortunately, most pulling exercises with a neutral grip will hit the brachioradialis well, with the brachialis getting hit well on all elbow flexion exercises.

The middle traps work simply through any sort of row with scapular retraction.

The upper traps are best hit with a shrug. This is because it involves scapular elevation versus upward rotation on overhead presses or lateral raises, which principally involve the serratus anterior with the whole trapezius mostly stabilizing.

Some research shows upper abs work more on trunk flexion, with an anterior pelvic tilt hitting the lower abs more so. This means crunches versus leg raises or reverse crunches could make a difference.

A lot of the complication within bodybuilding exercises comes about when trying to exclude certain muscles, while trying to work others.

Though still complicated, it basically works like this: shortened muscles are always contracting weakly and therefore stimulating less growth. This means that lengthening muscles will enhance growth and shortening muscles will reduce growth.

A good example is that preacher curls fail to hit the biceps well, since they shorten over the shoulder in addition to movement at the elbow, meaning it mostly a brachialis exercise.

This is really where the art of bodybuilding comes into play, if needing to reduce certain muscle sizes, though many trainees can avoid this unless they have an imbalance.

Keep in mind that just because a muscle feels like its working harder, does not mean it is.

Consider anatomy when making your exercise selections. This will ensure you train the muscles you want. Do the research and avoid relying on your intuition.