Countercurrent movements occur when multiarticular muscles, or those that attach to more than one joint, contract while shortening or lengthening simultaneously at multiple joints. This usually happens at just two joints but can occur through more for some muscles. 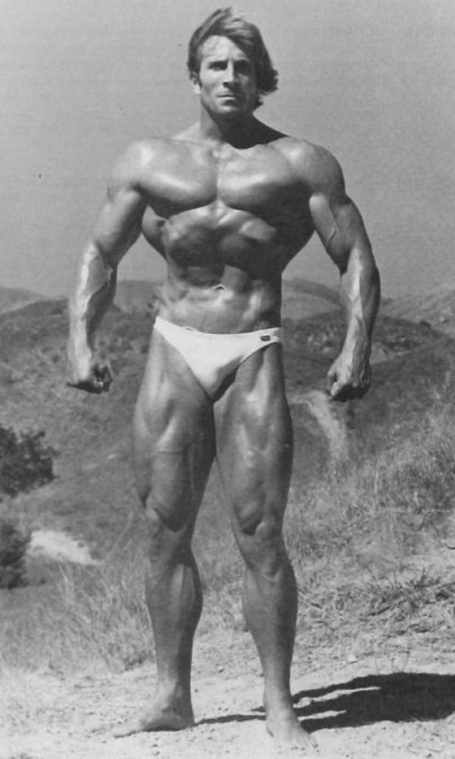 The classic example is kicking a ball for the rectus femoris of the quadriceps, which involves hip flexion and knee extension. Tossing an object behind you would do the same for the biceps. Throwing something to the ground would focus on the long head of the triceps.

Bodybuilding experts have promoted countercurrent movements at times, such as sissy squats along with the pull-over & press, but they never seem to penetrate the mainstream community. Perhaps this is because these exercises combine movements in an unusual fashion. Exercises such as the curl & press, which is not a countercurrent movement but instead a very poor exercise, may further confound the matter.

Anatomically though, countercurrent movements have value for bodybuilding. Learn which muscles get emphasized, the joint motions involved, and how to do the following exercises. This is then followed by some tips to perform them well.

This exercise targets the rectus femoris. Think kicking a soccer ball with resistance. This will require a loop attachment on an adjustable cable machine.

Place the axis so that your heel is near your rear, with your foot looped in the attachment. Kick out in front of you. Flex the hips while extending the knee.

This movement is safer than the sissy squat. While the sissy squat is effective for the rectus femoris when performed properly, it can exact incredible shearing forces on the knees and is challenging to master.

This exercise targets the long head of the triceps.

This is not a pull-over and press, which involves concurrent movement. Concurrent movement means lengthening at one joint and shortening over another, which occurs on many compound movements. This maintains the length of the long head of the triceps, which has it contract with a lower level of constant tension to facilitate smooth movement.

While concurrent movements can help in bodybuilding as well, in this exercise, it shifts the stress to the lateral and medial heads of the triceps.

This targets the biceps brachii, which can be further isolated by inner or outer head through external or internal rotation of the shoulder respectively. The biceps already dominate the curl movement, but you may achieve a more intense contraction using this technique.

Sometimes called the scoop curl in bodybuilding, it has you supinate, or turn the wrist so your palm faces the ceiling, at the midpoint of a curl. This is about 90° at the elbow while your arm is at your side. This means starting with a neutral or pronated grip at the bottom and requires dumbbells as well.

You can also flex the shoulder slightly, bringing up your elbow, for an even more intense contraction. The biceps acts most strongly when flexing the elbow or supinating the wrist though, acting weakly at the shoulder since it rests closer to it. Too much shoulder flexion can also bring in the front deltoid too greatly, so just bring up your elbow a tad.

This works the latissimus dorsi, which does not just internally rotate, extend, and adduct (pull down) the shoulder. It also attaches to the spine, meaning it is active in lateral flexion and extension of the trunk.

While pure lateral flexion hits the obliques, and pure trunk extension hits mostly the erector spinae, the midpoint between the two brings in the lats. While occurring to a lesser extent when the arms move bilaterally during a pull, using just one-arm at a time allows you to combine the midpoint with shoulder extension to perform a countercurrent movement. This may help contract your lats versus feeling it mostly in the teres major.

Set the axis of an adjustable cable machine at about shoulder level, using the single handle attachment. At the start of the movement, stretch the lats by bending forward while extending the shoulder. From this position, quickly but smoothly extend your shoulder while also lifting your trunk so you can twist into the movement. Stop when the handle reaches somewhere on your ribcage, as the lats deactivate once you perform hyperextension, or have your elbow go beyond your shoulder.

This unique movement involves shoulder adduction, extension, internal rotation and finally a combination of lateral flexion and extension of the trunk.

Other options are possible in theory, since a countercurrent movement occurs any time multiarticular muscles shorten or lengthen at multiple joints. Other choices seem difficult to implement in practice though.

A leg curl with slight hip extension achieves this for the hamstrings, such as on a glute-ham raise machine, but isolation already occurs with a regular leg curl.

A heel raise with knee flexion would achieve this for the gastrocnemius, which can be further isolated by outer or inner head through externally rotating or internally rotating your hips, or pointing your toes out versus in. Knee flexion may not matter much though since the gastrocnemius acts weakly at the knee due to poor leverage, while also being isolated well on the heel raise.

Focus on the midrange, which generates the most tension, leading to further growth. This midrange is where you want to transition the movement involving the other joint action, such as extending the knee on the cable kick at the midpoint of hip flexion. Move smoothly but quickly.

Ideally the path of the exercise should have you move in almost a straight line instead of an arc. This means you are performing a countercurrent movement versus a single-joint exercise mostly at one joint.

Finally, set consistent endpoints that work for you, with enough range of motion. Remember once again that you do not need to lengthen or shorten too much.

At the very least, we need single-joint exercises like curls and extensions to work multi-articular muscles. Pushing, pulling, and squatting are insufficient for these types of muscles since they just assist with the movement.

Changing your positioning on single-joint exercises, or just including them in general, may work them enough but perhaps not so for your goals.

You can grow and reduce specific muscle heads through exercise selection. Consider countercurrent movements to better focus on multi-articular muscles.